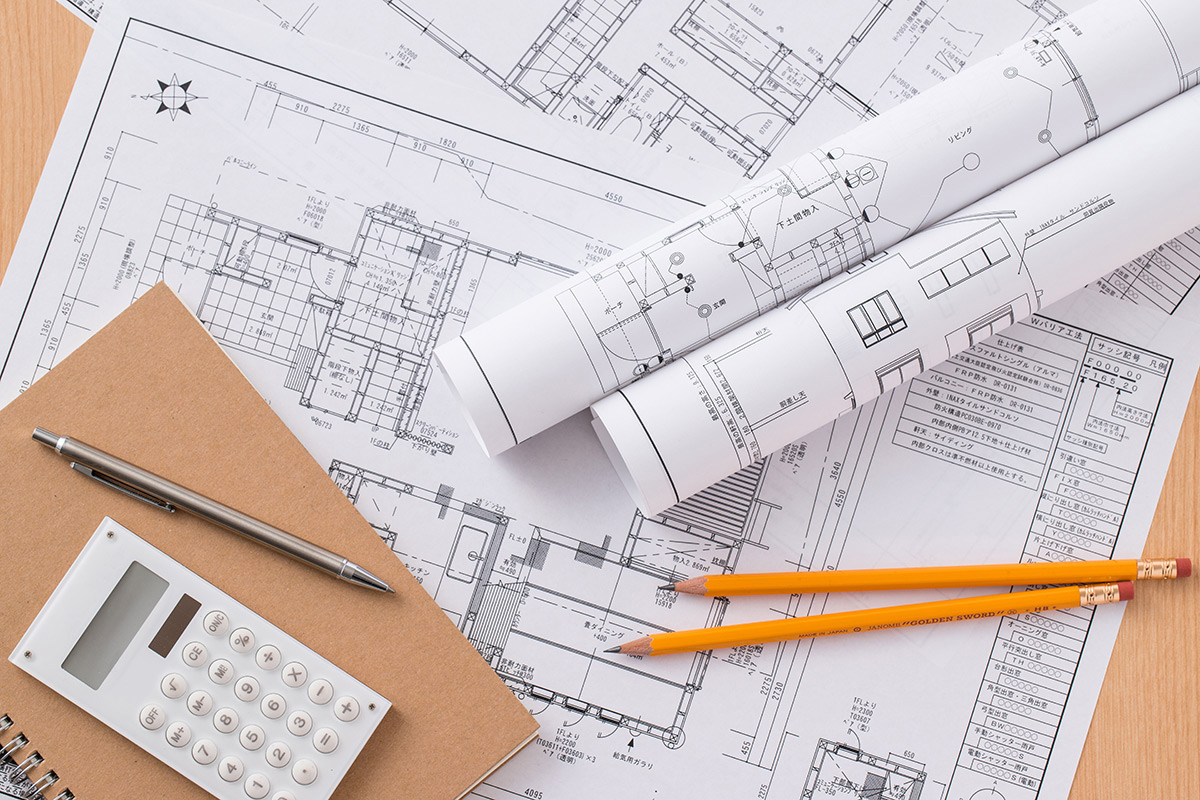 There are essentially two ways to start the process of a custom home build. The first way is when the homeowner(s) hire an architect to draw up plans and then have those plans bid out by two or more competing builders. This is sometimes called a “competitive bid” or “design-bid-build” process. This method is problematic for a number of reasons, two of which I’ll outline below.

Problems With Design-Bid-Build or Competitive Bid

First: the architect/homeowner team run the risk of designing a project that overshoots the budget. I’ve seen this happen dozens of times in my career. This by no means is intended to disparage architects in any way, but the reality of constantly changing costs, in both materials and labor, the creative nature of architects, the excitement and enthusiasm of the homeowner(s), can all contribute to the very real possibility that the plans may grow beyond the budget (I call this “scope creep”, and believe me, it’s a real thing).

Second: the competitive bids that the homeowner(s) will subsequently receive will almost certainly NOT be apples-to-apples. More than likely, it will be apples-to-oranges-to-grapes. Unless the homeowner has developed a VERY detailed and comprehensive set of job specifications (which, to date, I’ve never seen), there are countless assumptions that a builder will make in his compilation of a bid. Those assumptions will vary from builder to builder, resulting in bid packages that are disparate, thereby making the selection of a builder a very difficult thing indeed.

The Design/Build Solution To The Rescue

The design/build arrangement is a completely different way of approaching a custom home build. Rather than having the homeowner(s) and architect working without the expertise of a builder in assembling the plans, the design/build method leverages the builder’s experience and insights to the construction process, creating what I like to refer to as a three-legged stool: the architect, the homeowner(s), and the builder, all working together to create a project that will not only meet the homeowner(s) wants and needs, but be in line with the targeted budget.

As I mentioned earlier, the architect/homeowner combination can be dangerous; you’re putting together CREATIVE with EXCITEMENT, and that almost inevitably leads to scope creep. By adding the builder in the mix, there’s now a “budget grinch” in the mix – and yes, I do refer to myself as that, quite frequently actually. The design process needs a budget grinch — a critical eye overseeing the design process and making sure that square footages, finishes, and features stay in line with the stated target budget, and that in the excitement and thrill of creating a new home, the scopes of work stay in line with the budget.

In many cases, the experience of the builder can assist in helping to come up with cost-effective solutions for a design objective. A perfect example – we had a client a few years ago who had come to us with a very nice home design already in hand, a lovely two-story home with a master suite, two good sized guest bedrooms, and a common bathroom on the main level. It also included an additional guest suite (bedroom and attached bathroom) up in a loft area.

Unfortunately, the clients were a bit over budget on the project (remember that they came to us with plans in hand), but were really wanting to make their project happen without sacrificing any bedrooms or bathrooms. After running the numbers on a few different scenarios, and a little bit of tweaking and finessing with some of the existing design and layout, we eliminated the loft area and added the second suite on the main level. This required only about half of the square footage as the original design, which brought the budget down to where the clients needed it to be.

As a builder, I understood that having a small amount of upper-level square footage was disproportionately expensive, and we needed to move that space to the main level. As a builder, I was also able to look at some elements of the existing design, identify wasted space, and re-work it to accommodate the clients’ needs. As a builder, I was very much “in tune” with current costs for building, giving us the tools we needed to value engineer the project to the clients’ wants and needs. Now while this example was not actually a true design/build arrangement, in that the clients already had their initial plans completed prior to meeting with us, it’s a perfect illustration of how having a builder as part of the design team is a big advantage.

One question I get regarding the design/build arrangement is, “How do I know the pricing is competitive and in line with the current market?”. It’s a fair question, in that it’s not difficult to imagine a scenario where an unscrupulous builder would try to leverage the fact that the competitive bid process is not being utilized.

As part of the design/build contract, the target budget, square footage, and most of the features and finishes of the project are identified and called out. The contract will identify key elements such as the approximate square footage of the home, the target budget, how many car garage, how many square foot deck, rancher vs two-story, how many bedrooms, etc., along with a list of what the client would typically expect to find in the home: high-efficiency furnace(s), granite countertops, etc. The objectives of the design are not nebulous in any way; if it were, that would very easily lead to huge misunderstandings and mismatched expectations.

There’s lots more to say about this topic, but the nature of a blog is such that I’m forced to wrap it up. Thank you for reading, please feel free to reach out to us if you have any questions or if we can be of service in any way.

Mike Rice is a custom home builder in Colorado Springs, Colorado. As the president of Paramount Homes, he has over 30 years of experience in construction. Originally from California, he moved to Colorado with his wife and three sons to seek out the natural beauty and high quality of life we enjoy here. Mike is licensed as a builder in El Paso, Teller, and Douglas Counties and would love to build your dream home. Contact him today at (719) 331-4116 to learn more.