We recently interviewed Buzz, a client we’re wrapping up a new custom home for in Cascade, Colorado, and got his thoughts on what it was like building with Paramount Homes. Here’s the transcript of our conversation.
Q: What’s the story behind the home you just built? How long have you been planning it?

A: Actually, I had built my dream home myself about twelve years ago, and I planned to live there forever. But then… the kids grew up and left home, and the house was bigger than we wanted. So I figured the next time I build a home, I want to hook up with a builder that I really relate to, and one that will let me do a lot of the work myself.

Q: Why did you pick Mike Rice to be your builder? What was it about Paramount Homes that stood out to you?

A: I had met Mike briefly when he was working for another builder some years back at the Colorado Springs Parade of Homes (which we often did each year). We went through one home in particular, and we really liked it, and we got to talking with the builder, and we really liked him, and Mike was working for him at the time as a Project Manager, and that’s how we met Mike. I later went back to that builder when it was time for me to have my home built, and he told me: “Well, the bad news is that I am just booked solid. But the good news is that my main man Mike Rice is starting his own company,” so I said “That’s great!” and hooked up with Mike at that point. We started talking, and I realized: “Yeah, Mike’s the guy for us.”

Q: Your home was completely custom-designed and built. Is there anything unique or particularly special about it?

A: Well, I designed the house myself, but I needed some help in finishing it, and Mike introduced me to an architect in Woodland Park. She was instrumental in helping those designs be exactly what I wanted. The house itself sits on a hill, and I wanted a walk out in the back, and stairs in the front. When I had talked to some other builders about the design they said: “Well, you’re going to have to put a step here, you’re going to have to do this and that” which wasn’t what I wanted. So as far as the layout goes; making it fit on the lot, getting the design dialed in exactly the way I wanted, getting the window openings on the right exposures and all that kind of stuff, Mike and the architect were very instrumental in helping me pull that all altogether exactly the way we wanted.

Q: So you talked to some builders who said it would be difficult to build the home the way you had designed it?

A: Yeah, exactly. But when I talked to Mike, anything was possible. Mike always said: “We can do that.”

Q: It sounds like you and Mike got along well. What was working with him during the build process like?

A: Mike’s fantastic. We’ve totally enjoyed our experience in working with him. If I was going to build another house tomorrow. I would go to Mike. When we started digging the foundation, we hit spring water, which I knew we were going to hit, but it was worse than we had anticipated, so we had to modify the foundation design, and we created some drainage, put in a sump pump, you know, a few different things to make all that work. With those challenges, Mike was right on it, and his excavator was very good, too, in solving those problems.

Q: Did you have compromise on the finished home at all?

A: No. It turned out exactly like we wanted!

Q: What’s your favorite part of the new home?

A: Well, that’s that’s a big question… it’s all our favorite! In all seriousness, we had the perfect lot for the home; it fits perfectly, it’s in the neighborhood where we moved when we first came to Colorado, and our kids grew up playing in the woods here, which is now our yard. We back up to National Forest. The amount of light that comes in, for a mountain house, it’s very, very open and airy. I mean, it’s it’s all just perfect.

Q: Now that the home is built, would you recommend Paramount Homes to others thinking of building?

A: Oh yeah. It went real smoothly, and anytime we had any challenge, Mike was right there to help. And all the people that work for him: the subcontractors and everyone, they were all right on. If I had to do it again, I would do the same thing. I would absolutely go with Mike Rice again. 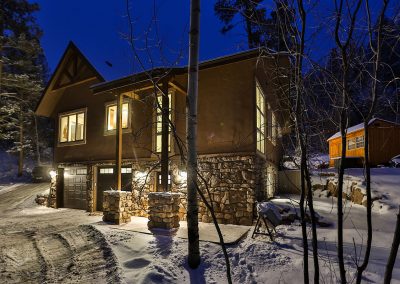 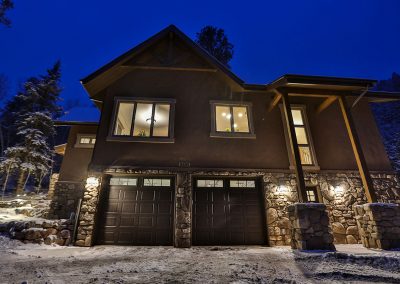 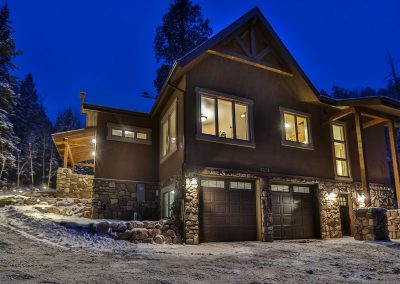 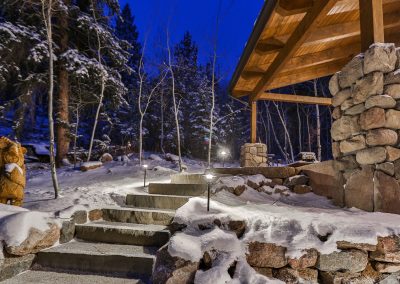 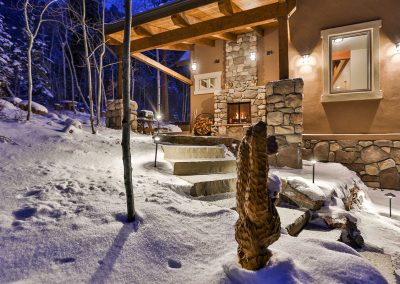 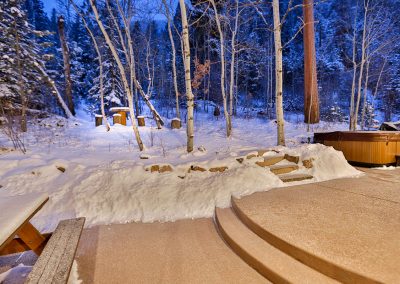 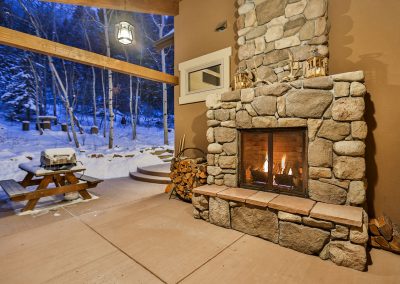 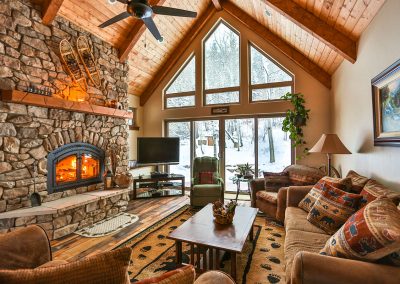 Paramount Homes is a Colorado custom home building contractor that builds new homes across the Pikes Peak region, including Colorado Springs, Monument, Castle Rock, Woodland Park, and more. With over 30 years of experience, we have built and remodeled over $40 million worth of projects. Call us at (719) 331-4116 or contact us online for a quote or more information on building your dream home.